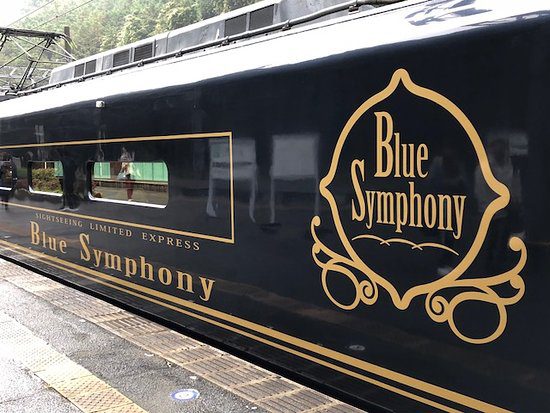 Train travel in the land of the Rising Sun

If the railways had a kingdom, it'd be Japan

Before popping over to Vienna, Midnight Weekly will this week make a pretty big detour to… Japan. But really, it makes total sense: it’d be pretty difficult for a company aiming for its trains to whisk travellers across Europe all night long not to look at what’s happening in the Land of the Rising Sun right now.

While the Olympic Games have just kicked off in Tokyo, a whole other story has generated controversy across the country. On May 16, an inquiry was opened after a Tokyo-Osaka train pulled into the station with just a minute’s delay. It’s enough to shock anyone in basically any other country: we’re all used to slow services and plenty of delays. But in Japan, these sorts of things are taken very seriously indeed.

As certain reports have it, the guilty train conductor wasn’t able to hold it in and had to pop to the toilet, leaving the controls to a young on-service chef who, because he didn’t have the necessary training, never touched a thing. After he came back, the conductor wasn’t able to make up for the delay. He denied what happened at first, but was soon forced to own up to the facts, when confronted with CCTV footage. The fallout of this saga isn’t yet clear, but the story speaks volumes of the high standards expected of rail travel in Japan. And the minute regularity of train timetables is only one example.

Japan is pretty much in love with trains. And the stats show it. Tokyo is the most-visited site of departure and arrival in the world: Shinjuku station, which feels like a labyrinth to any newcomer, actually welcomes 1.3 billion travellers every year. To give you a sense of how many people that is, the Gare du Nord in Paris is Europe’s busiest station – but with only 300 million passengers passing through each year.

So the high quality of travel on-board Japanese trains benefits a lot of people. The most famous of the lot must be the Shinkansen, the ‘bullet train’ that ranks among the fastest in the world and links up various major cities (with a strong emphasis on style and comfort on board). Less famous but just as unusual are the services run by private firm Kintetsu, which offers a rail experience like no other in the world.

Here’s exactly what you can expect on the Blue Symphony (Osaka-Yoshino) or the Shimakaze (Osaka-Kyoto-Nagoya-Kashikojima). The trains are invariably made up of six carriages: those at the front have a panoramic view of the exterior including sightlines through to the conductor’s cabin (entirely glass-walled); the central carriage is reserved for groups of three to six people, with private spaces; the train restaurant is spread over two floors, with a menu worthy of a top gastronomic destination. That should be enough to make you want to book a trip out to Japan – once the pandemic’s over, that is.

For a company like Midnight Trains, there’s another thing that inspires us (and whets our appetite a little): the unique culture of ekiben (駅弁). Short for eki-uri-bento (‘tray-meal sold in stations’), it’s worlds away from the crappy fare we’re usually faced with at station cafés. Let’s face it: we’ve all had enough of those same old chicken-curry wraps you’ll find everywhere that are probably put together a month before you pick them up off the shelves.

Climbing aboard a train with your ebiken is a fundamental part of Japanese rail travel. Thanks to its different compartments, the bento offers a hearty, balanced meal that’s affordably priced for almost everyone. And this admittedly classy way to eat on the move goes even further: the ebiken usually puts ultra-local food front and centre, adapting as the seasons change.

From one station to another, it’s never the same. A bento you’ll buy near the coast will be very different from one near the mountains; the produce will reflect the landscape around you. In Japan, your taste buds are treated to their own unique travel experience – and by 2024, this’ll be the case in Europe too – thanks to Midnight Trains’ cross-border services. The food, we promise, will be unbelievably good. Watch this space.