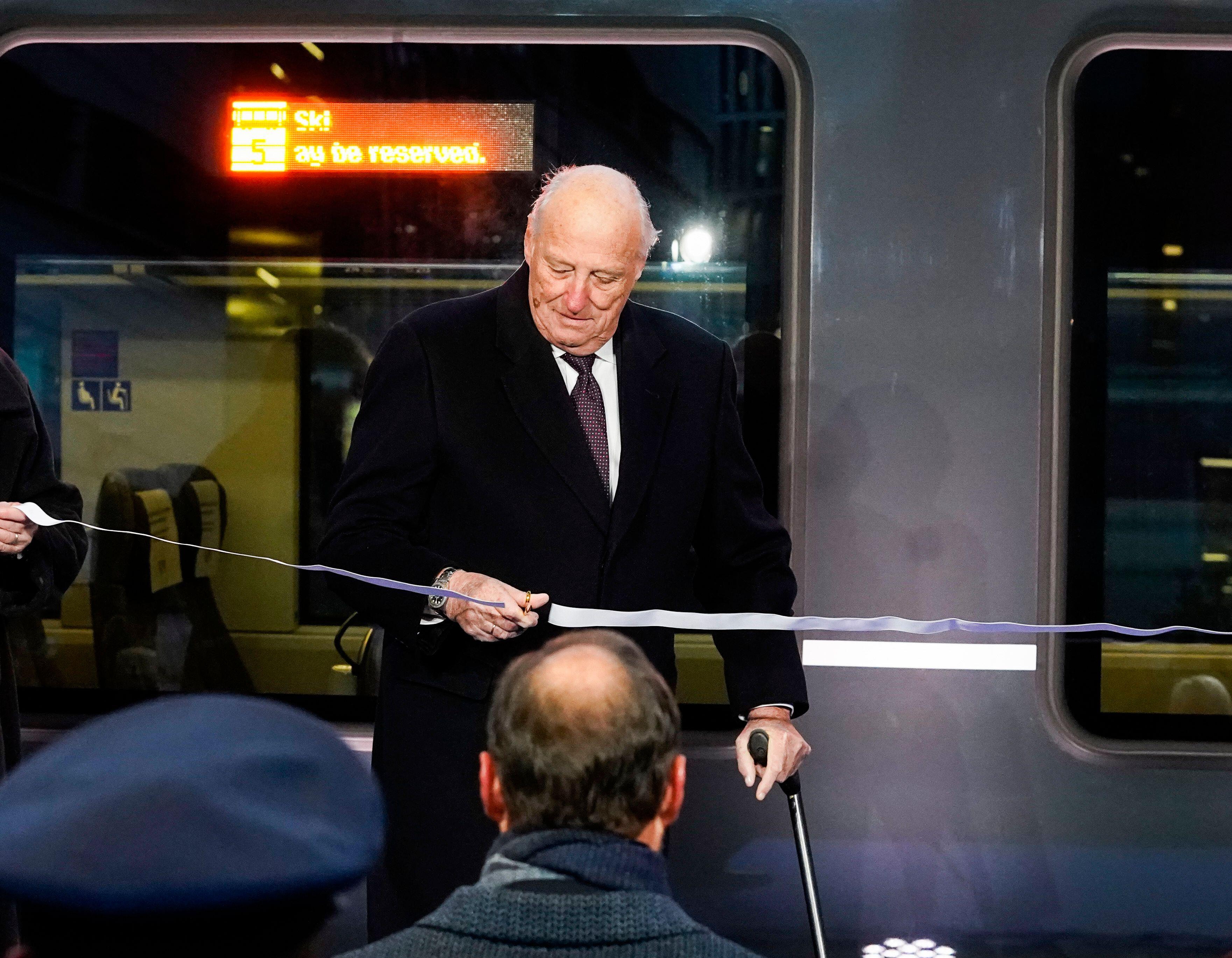 A trip down the Blix Tunnel

‍The birth of a bridge, a tunnel or a railway line that better connects people and places is always an event. Sometimes openings are such a big deal that they are attended by royalty. That’s the case for the Blix Tunnel, whose ribbon was snipped on December 12 2022 by the Norwegian King, Harald V, and his son, the Crown Prince Haakon. If you’ve never heard of them, don’t worry. Because even while the Norwegian royal family has had its fair share of scandals, the latter rarely interest the international press, streaming platforms or publishers – much less so than the warring sons of King Charles III, in any case. But today we will be heading underground with those Scandinavian sovereigns.

During the inauguration ceremony, the monarch and his heir didn’t content themselves with the usual stiff greetings and bouquets of flowers offered by young children in front of a sea of cameras. On Platform 19 at Oslo station, dressed in particularly plain outfits, the two men started by listening to a speech from the mayor of the Norwegian capital, Marianne Borgen. Then Harald and Haakon found their seats on a train travelling from Oslo to Ski via the famous tunnel, in the company of prime minister Jonas Gahr Støre, the transport minister Jon-Ivar Nygård and the president of Bane NOR, the government agency in charge of the Norwegian railways, Gorm Frimannslund.

At just over 19 kilometres long, the Blix Tunnel, billed as the longest railway tunnel in northern Europe, was an epic undertaking for the small country. Started in 2016, the construction of the two tunnels that make up the tunnel involved a huge amount of drilling through the mountain. According to the Norwegian authorities, it took a total of 18 million work hours. Which is one way of conveying the outsize effort that went into building the tunnel. “A volume of rock equivalent to three Pyramids of Giza were extracted from the mountain to give way to the longest railway tunnel in the Nordic region,” explained Marianne Borgen.

To tackle this logistical challenge, the Bane NOR turned to two businesses: Spanish firm ACCIONA and Italian company Ghella, brought together in a joint venture known as AGJV. The latter in turn enrolled 18 subcontractors including Turboconstroi, Herrenknecht, AF Group, Copuno, Actyon, Elecnor, Hæhre, Peab and Mammoet. Despite this crack team, the region’s complex geology and the annulment of certain contracts led to a year-long delay. On a technical level, the drilling was carried out thanks to four drilling machines at four different excavation sites – necessary to create the tunnel’s double tube, each part of which was 9.9. metres wide and 19.5 kilometres long.

This magnificent work of art was not only a superb feat of engineering, it’s also helped improve the mobility of people who live south of Oslo. Thanks to trains that travel at between 200 and 250 kilometres per hour, the Follobanen has helped unblock this crucial railway route. But above all, it’s reduced the daily journey times of thousands of Norwegians by 50 percent, from 22 minutes to 11 minutes. Better still, it has led to an increase of 63 percent for peak-time journeys, helping cut back on car use and reducing Norwegians’ carbon emissions.

It’s also worth noting that the Follobanen isn’t a one-off project, but rather forms part of a broader urban planning strategy. Other changes have included revamping platforms at Oslo Central, and adding three new platforms at Ski. What’s more, the Østfold line – which runs parallel to Follobanen and links Norway and Sweden – was transformed into a high-speed line. The whole thing costs a total of 36.8 billion Norwegian kroner, or a little over 3.4 billion euros. Were King Harald V and Crown Prince Haakon aware of all this when they took their trip underground? Perhaps not, but you certainly will.

All aboard the Santa Claus Express

There’s a train – yes, an actual train – that allows travellers to visit his house in Finnish Lapland. So roll up and climb aboard!